Out at 7 for a pleasant cappuccino-and at Les Filles, then back to the room to kill time. Out at 9am for the Royal Mews, by Tube to Green Park, and then a nice walk under a clear sky past Buckingham Palace. On the way: backlit daffodils. Of course I was too early for the 10am opening time, so had another cappuccino-and.

“Mews” is (a) singular and (2) the English word for the building where you parked your horses back of your house, before the French invented “garage”. The Royal one is where they keep all the State Coaches–there are several–and the horses to pull them. First thing we walk by is the tack room, where there was a … tacky person at work?

As I said there are several coaches, used on different occasions. They are all here and in tip-top shape I’m happy to say. Here’s one of the lesser ones. 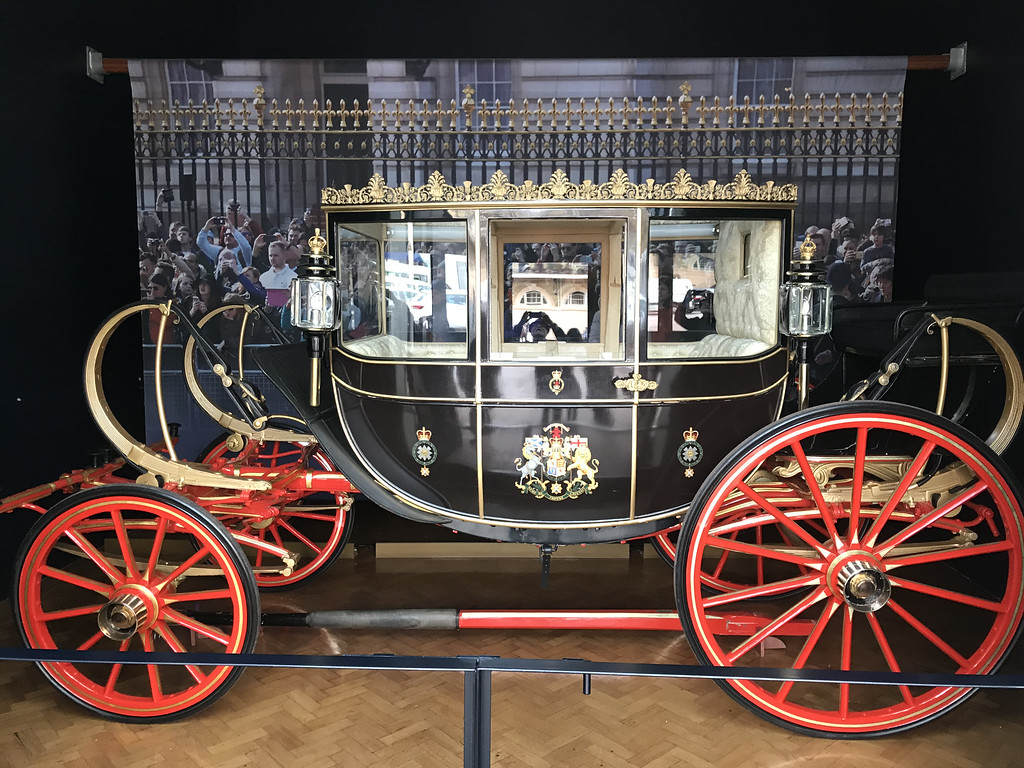 Of course the prize is the Great Coach of State, a 4-ton monster of neo-classical themes gone wild then gilded. 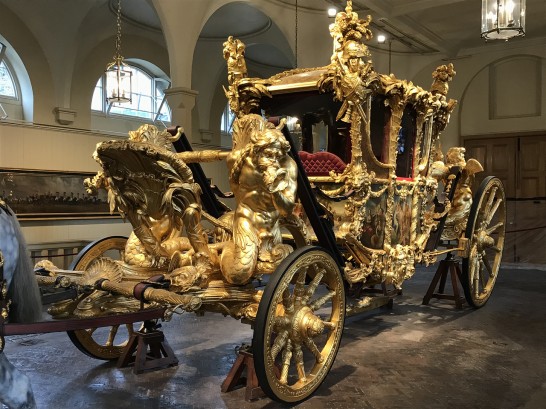 So that was that; now on to the Queen’s Gallery, just next door, where there was a special exhibition based on the collections of George IV, whose whole life was as good as a soap opera— but boy did he have good taste. The exhibit of extremely nice things takes up several rooms. I took pictures of some of my favorites but it’s too much trouble to put them here. Instead, a panorama of one of several rooms.

A point that seemed interesting to me: almost all the people browsing this exhibit were seniors, my age and older. In the Mews and other galleries there’s always a mix of ages. Not here. It was quite noticeable.

Now it was nearing noon. I called for an Uber to take me to Trafalgar Square where I mounted a second assault on the National Gallery. I’d left off in the 16th Century; now I made it the rest of the way through the 18th, 19th, and… I don’t think there was a 20th Century gallery. There were more people than my prior trip, suggesting what a scrum it might be in summer, but still not unpleasant. Except one small stretch of wall where it was hard to move. Can you guess where the crowd was thickest? 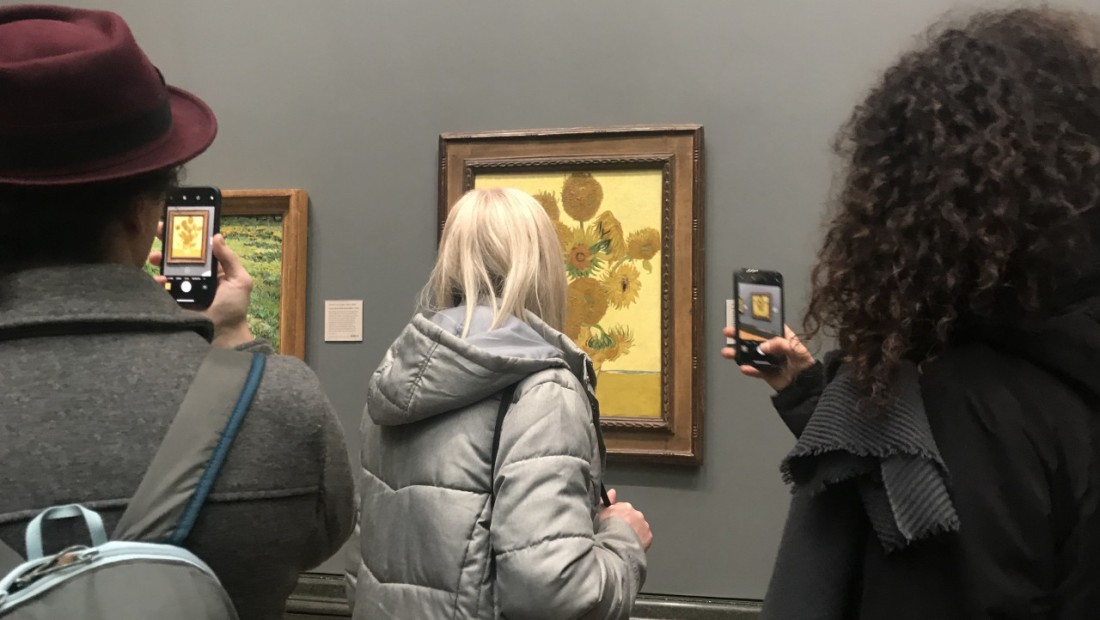 I finally ticked off the last room on the map in the brochure, and went down to the basement to the National Cafeteria (really) where I had a tuna sandwich and a dessert. And up to street level and next door for the National Portrait Gallery.

This institution has only portraits, either by famous British artists, or of famous British subjects. Here I was both disappointed and relieved to learn that the whole of floor 2 was closed off for renovation. That’s all the portraits from before about 1800. I walked fairly fast around the remaining floors. I was looking for famous people, or people of whom I had some association. I spent longer in the one room set aside for Technology and Science, admiring portraits of Huxley and Darwin and Lister and Stephenson and Brunel.  Well, I knew what those guys had done, and admired it. As opposed to any number of famous politicians and military offices. Down a floor to the 20th C., where they have moved on to photography for contemporary people. And pretty much… done.

Back to the hotel to blog and rest up for the evening’s outing.