In the morning I puttered around learning more about Affinity Photo. Lunch had been arranged by Patty, me and three women, Patty, Marion and Miriam. Marion worked for IBM in San Francisco for about a month early in the 1960s. She was hired as a systems engineer trainee but didn’t like the gung-ho atmosphere of the sales division, so quickly moved to working as a programmer at Standard Oil, and later at other companies, and wound up in teaching and management at CSU. Miriam retired from a career managing a department at Stanford.

In the afternoon I spent an hour tearing apart those two chapters of the novel and revising them. More to do.

As on all major holidays, the dining room is closed in the evening. I picked up a brown bag with a sandwich and fruit salad after breakfast. Before I sat down for supper, I checked the weather radar–no green pixels nearby for a while–and walked out to stroll Christmas Tree Lane, the two-block stretch where all the houses decorate for the season. Lots of other people were out walking as well. 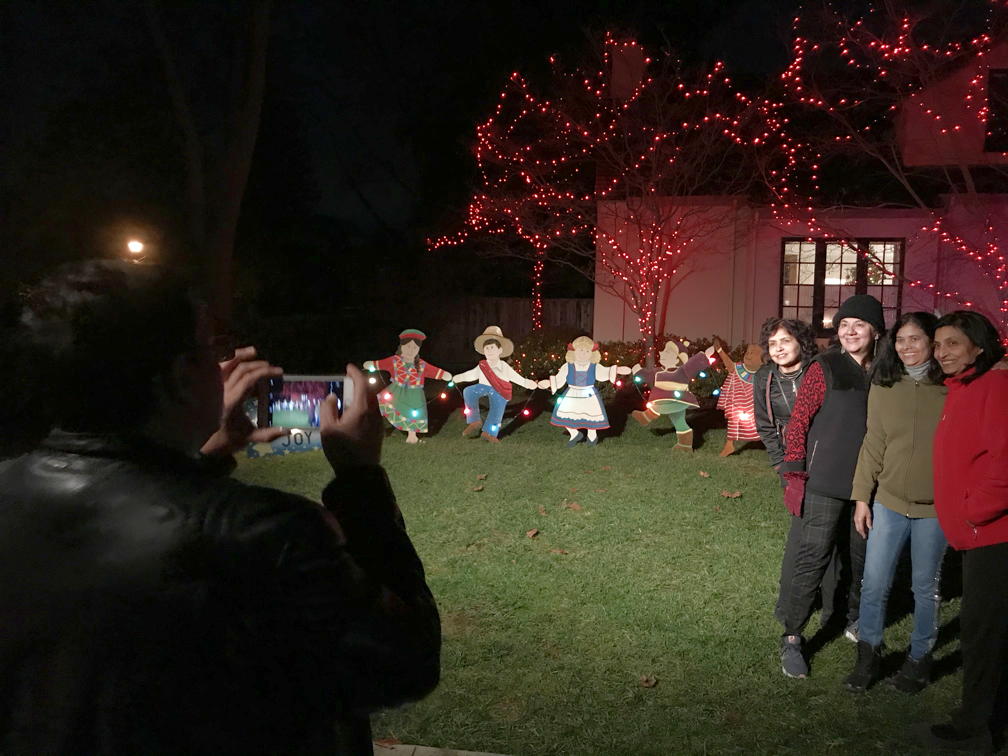 I was a bit disappointed by the Lane. The displays weren’t as elaborate as I sort-of remember from previous years. It all seemed kind of perfunctory.

Another impression surprised me, though. There were lots of family groups strolling the dark sidewalks, all talking among themselves of course, and what was surprising that among all the groups, only one was speaking English. Indians and various European languages, but only as was leaving did I hear English.