The ferry ride was nominal, two hours in comfortable assigned seats, in which one was well-advised to remain as the large boat was rolling a bit with the seas. We transferred to the hotel–not the one in the itinerary, but an upgrade to a four-star one–by coach. Even though it was now dark, it was easy to sense that Heraklion is a big city, not a village. Streets that are straight, and lined with multi-story buildings, and with sidewalks my goodness. Dinner in the hotel was excellent, although hard to do justice to, given a large lunch earlier.

With a 4-star hotel we are back in the land of luxury breakfast bar spreads. Sadly I wasn’t really hungry for breakfast and couldn’t do it justice. At 8:30 we gathered in the lobby and headed off to find our coach. There was a bit of a delay as the coach had gone to the original hotel, not the new one. That was soon sorted and we were off for Knossos. Driving out of Heraklion I was impressed with the number of trees; big old pines and cypress line all the streets, and I saw several small parks.

Once outside town it was quickly clear that Crete is a very different landscape from the Cycladic Islands we’ve been on. The rolling hills are a quilt of vineyards, olive orchards, and other crops. 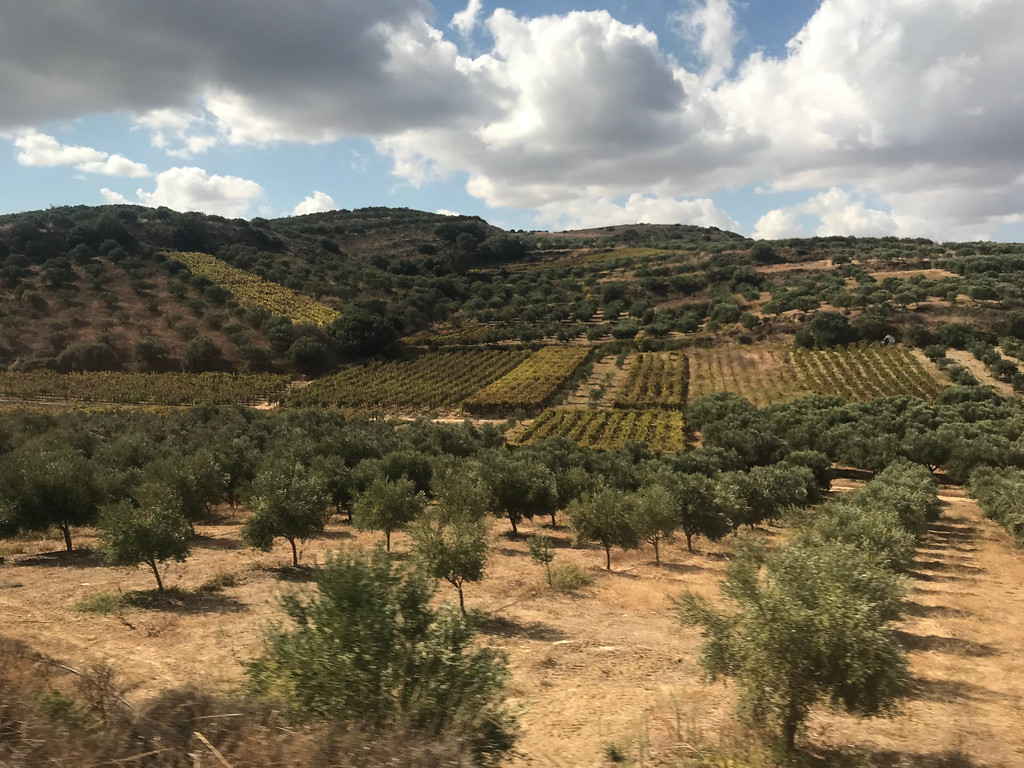 So much nicer than the xeriscape of the prior islands. Twenty minutes brought us to Knossos. We visited this site once before, in 2006, as part of an Eclipse cruise in the Mediterranean.

Strangely, as we went in, nothing seemed familiar. I think the entry gate with cafe and gift shop was probably rebuilt in a 2010 upgrade mentioned on a sign. But when we started into the actual archaeological site, 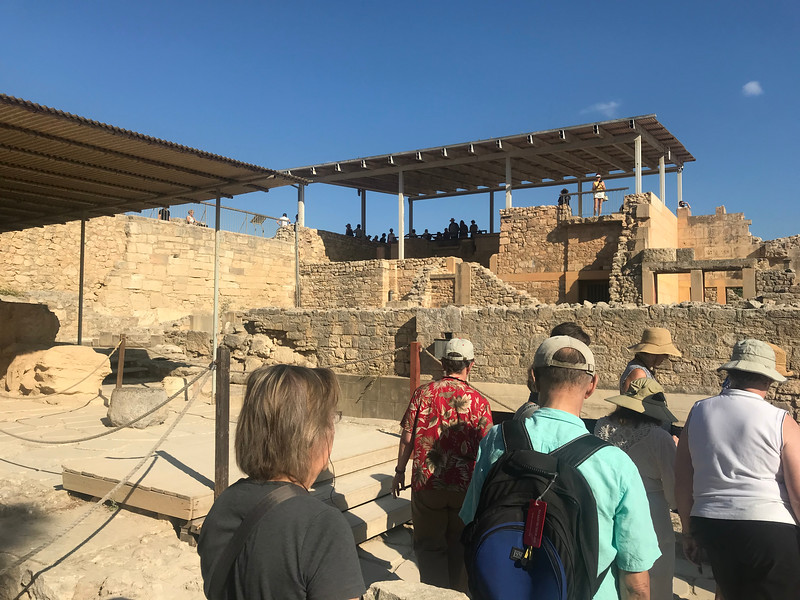 it didn’t seem familiar. On this visit, guided by Anastasia, our attention was brought to several rooms and chambers that I am sure I never saw on the prior visit. Meanwhile the 2006 gallery has this picture of a deep staircase that I am sure I didn’t see this time.

(Jean, if you are reading this–dig our your pictures of Knossos from that trip. Do you have a good overview of the site?)

Anyway we toured the Knossos site pretty thoroughly. Next up we went to a local pottery where we had a demonstration of turning a vase on a wheel and discussion of local ceramic styles. While there my eye was caught by this accidental masterpiece. 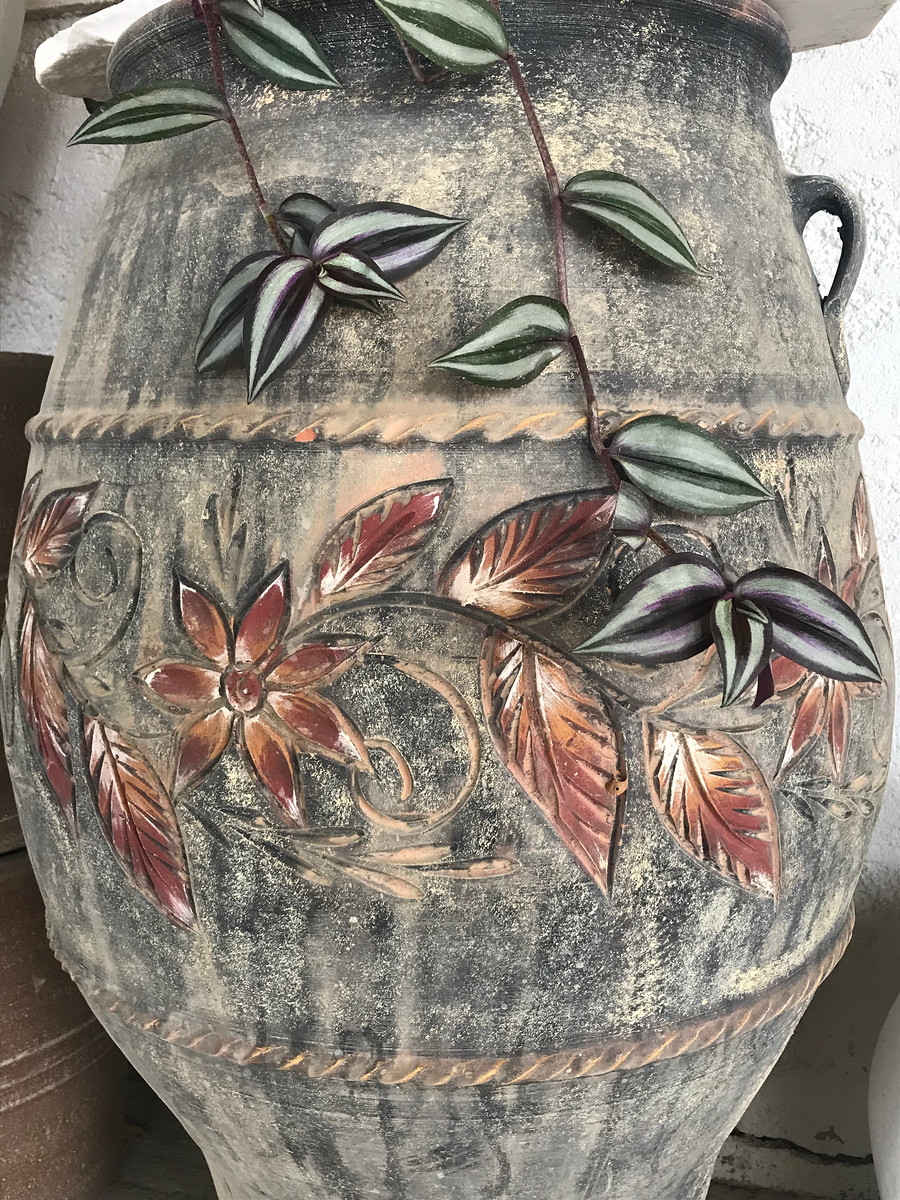 From there we coached a few klicks to a “rustic taverna”, a farmhouse that served meals in an open courtyard, with all the food ingredients sourced from their farm. It was a very good meal.

Back to the city, to the Archaeological Museum. Here are kept all the stuff that was dug up from Knossos and other sites around the island. This giant scale reconstruction of the Knossos palace complex as it is thought to have existed around 1500BCE was a help in understanding what we’d seen earlier. 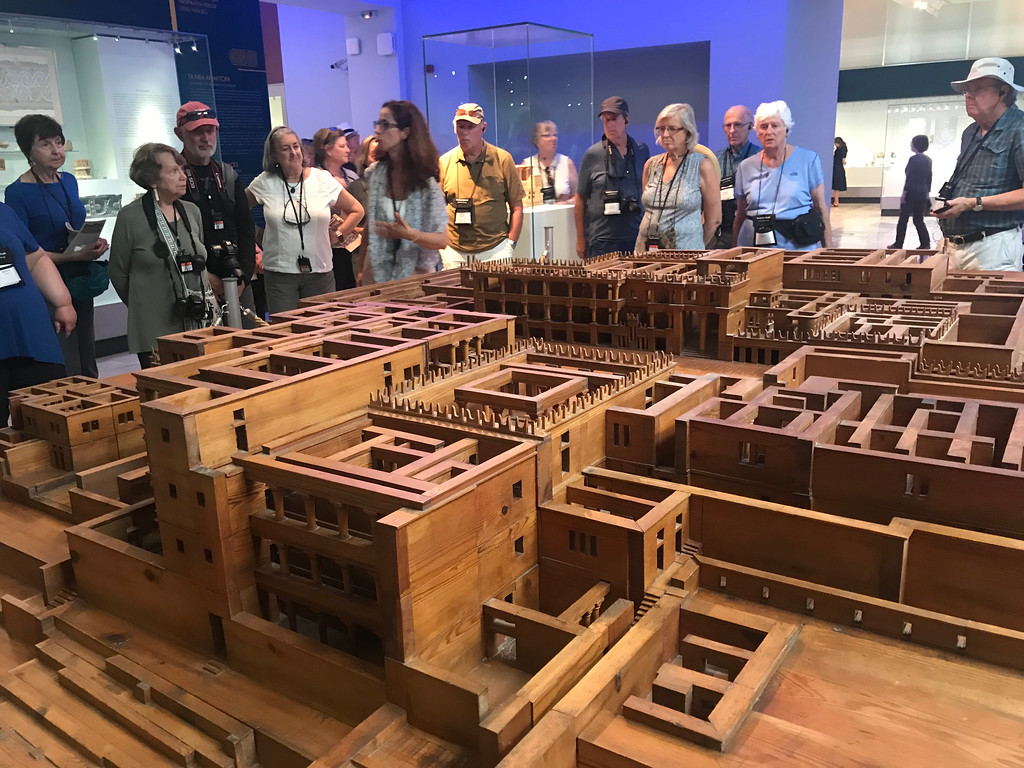 From there I walked the short distance to the hotel to start this post and hopefully get a nap before our next activity.

Which was a talk about the Flora of Crete by a botanist. Crete has a highly varied biota because, she pointed out, it is about 600km from Europe, from Africa, and from Asia. She described a lot of the interesting and useful plants. The most interesting I thought was oreganum dictamnus, “dittany of Crete”, a pretty thing (she had brought a sprig for us to smell) with a thyme-like scent and a reputation for healing pretty much everything.

Then we had supper and called it a day.